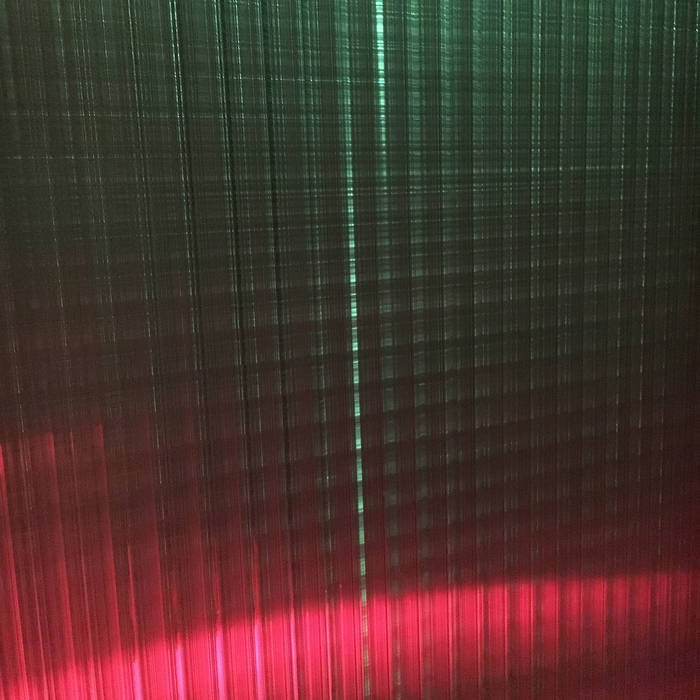 Richard Erickson This one has been growing on me lately. A wonderful blend of drumming, reminiscent of ZF, then a subtle and sophisticated layer of electronic colorings just beneath the surface. Favorite track: Antimony.

Finn of Tomland I'm a bit of an Yves De Mey fan boy that have followed his musical developments since 'Lichtung' and from my point of view he's a fantastic artist due to his exploratory and experimental approach to his music making plus that he knows his craft very very well. Favorite track: Clangor.

LINE is pleased to welcome back Yves De Mey for his first release for LINE since 'Lichtung' (LINE_039) in 2009.

On 'Sueda', De Mey explores the fundamentals of FM and Modal synthesis, and combines them in a confined and sparse space. Although the majority of the material is generated digitally, 'Sueda' sounds, at times, surprisingly acoustic. Because of this, the album bears more resemblance to De Mey’s 'Lichtung' for LINE than his more recent work released through other labels.

'Sueda' sounds as if it were composed and played on one singular instrument, and every track on the album figuratively represents a new alloy of resonating pulses in a tight feedback network.

Yves De Mey's musical path consists of many different roads. During the second half of the 90's, his releases were clearly rooted in breakbeats and UK drum'n'bass. Soon after that, through working for theater and dance performances and doing large scale sound installations, his interest in experimental sound design found its way into his music. De Mey worked with a wide roster of artists for the performing arts.

In 2009 his album "Lichtung" (based on the score he made for a dance performance) was released by the influential LINE label. Around that time, De Mey's main tool in the studio became his ever-expanding modular synthesizer system. This definitely changed his way of working and obviously his sound as well, shifting from an elaborate niftiness in the digital realm to an obsessive cable-patched shaping of the real sound of electricity.

Between 2009 and today, De Mey released numerous records on different labels (Sandwell District, Opal Tapes,Entr’acte, Modal Analysis,…) to wide critical acclaim, and he has played live concerts and DJ-sets around the world.

2016 was a milestone year with well-received albums on Spectrum Spools (Drawn with Shadow Pens) and on Editions Mego (with his other project Sendai - Ground and Figure).

Together with his good friend Peter Van Hoesen (from Sendai), he also runs Archives Intérieures, a label for challenging and sophisticated electronic music.

In 2017, the UK based Inner Surface label released a full album of De Mey’s other moniker Grey Branches, called 'Neuroclaps'. It’s a somewhat wild take on what could be non-functional club music.

During daytime, De Mey works as a sound designer and re-recording mixer for tv and cinema.