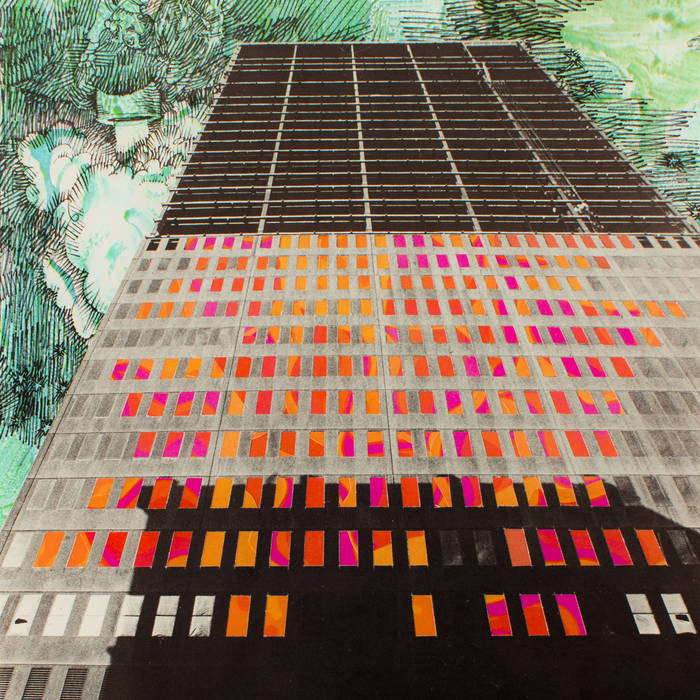 Zwei Kreise Woozy, kaleidoscopic sound beds of uncertain contours and shapes, drifting silently among atomized static and layers of gentle filaments of noise. Truly absorbing zones to let your mind inhabit and wander for a while.

Tom Rimshot One of the warmest producers on one of the coolest labels - of course this combination translates into one of the best albums of this awful year. Lush and inviting sound worlds when we need them most.

West Coast Systems is a reference to early days of granular synthesis that was going on in Western Canada in the 80’s. It is dedicated to Barry Truax, who was a key figure in the development of granular synthesis as well as a pioneer in the electroacoustic music community. I had the pleasure and good fortune to work with Barry at Simon Fraser University in the early 2000’s and it permanently changed the way I listened to and manipulated sound.

The sonic character of the album reflects when and where it was made...during the dark rainy season in the southwest corner of Canada.

As a child of the 1980s, Vancouver-born producer Kelly Claude Nairn (WzrdryAV) was hypnotized by the results of New York City resourcefulness: raw, sparse, drum machine hip-hop and later, the eclectic sample-based rap of the 1990s. Raised by a new age mom and jazz freak artist dad, pillaging the family record cabinet for inspiration was a natural progression. Two turntables, mixer, and a sampler later, Kelly was soon making deft left-field instrumentals. Concurrent w/ electro-acoustic study under granular synthesis pioneer Barry Truax at Simon Fraser University, field recordings, audio collage, sound object manipulation, and slightly unhinged ambient works were added to his expanding cache. Foundation and technique in place, by the new millennium, the beat maker was putting a revelatory breakthrough into practice, “sample anything.” From big screen cinema and late night VHS sessions to TV sign off music and nature sounds, nothing was off limits. This not only led to the creation of WZRDRY (Kelly’s imprint and artistic umbrella), but a range of productions released internationally on vinyl, cassette tape, and compact disc.

Today, Kelly combines his academic background w/ a personal self-taught approach, equally informed by British Columbia’s street meets tree topped mountains and oceanic reflections. Utilizing analog and digital equipment, new tracks aim to create a place/atmosphere/mood via magnetic programming and universal rhythms. While deliberate melodies are uncommon, repeating fragments of tones/chords and foggy loops/drones manifest themselves in the most unexpected ways. “I'm putting together and playing back sounds for the audience that I find evocative for my own escapism,” states the producer, encouraging listeners to join the trip and interpret, as they will. The music of WzrdryAV goes beyond the increasingly fast-paced cultural landscape, gradually slowing the pace and returning some long forgotten feeling to auditory expression. Touching on the influence of Jamaican dub and Detroit techno in his oeuvre, “It's about facing limitations by looking within to work in different ways and develop one's creativity.”