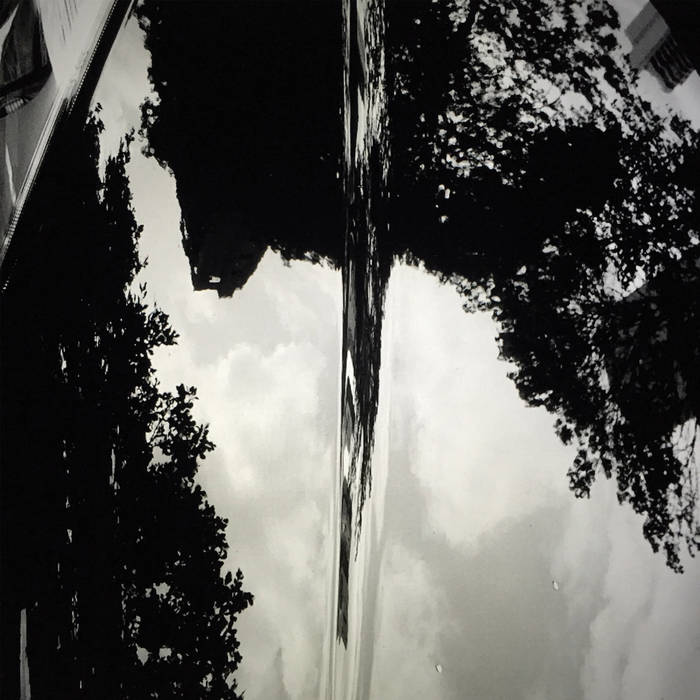 Dotflac Drone is like water : a liquid body in false immobility whose intimate layers slowly interpenetrate themselves, thus creating a new entity with enough inertia.

Drono uses this fact as a guiding line to build mellow bass lines supporting a lot of high-pitched, crystalline micro-events. Exalted by some welcomed rhythmic parts enhancing our field of view in this mostly beatless world, we look for some invisible mechanisms up above, running our experience.

Derek Piotr’s Drono is, as its name suggests, a drone album. It emphasizes the form and durational composition of drone through unquantized, glitching samples and near-absence of rhythm. Yet this is a drone album preoccupied with mutability: the tracks are technically built on sustained harmonic centers, but they feature variation, movement and depth that transcend the limits of drone’s singularity. Rather than emphasising static monotony, each composition is a subdued journey through shifting moods and textures.

‘Rivulet To Gulf’ is evocative of a Morton Feldman chorale, if it were performed by a choir of automata. Its delicate beauty is intermittently interrupted by muffled beats floating in from another time. Standout ‘Lakes’ is composed wholly from Maja Ratkje’s spliced voice, organic frequency and emotional resonance drained in favour of pure texture. On ‘Shallows’, Piotr continues the exploration of the Post-Internet condition that drove 2013’s Raj, building a humming and whirring soundscape of pixelated mouse clicks. The gentle static-laden ticking has a sensual effect comparable to ASMR. As its name suggests, ‘Absolute Grey (Piotr/Brinkmann)’ – an edit of Drono center-piece ‘Wash’ – continues the minimal pure tonality of Thomas Brinkmann’s 2015 What You Hear (Is What You Hear) album.

In conceptualizing these pieces, Piotr was inspired by the liminality of water. Water is between states. It is neither solid nor gas; calm nor storm. It is still and flowing. It is ungraspable in its indefinability. Drono is similarly unfixed and molten in its approximation of drone music. Its arrhythmic textures develop subtly, with progression measured through shifting depths and sonic fluidity rather than forward expansion. Most of its tracks are named after bodies of water: ‘Lakes’, ‘Shallows’, ‘Sound’ (an archaic term for swimming, now used to describe coastal waterways). The record’s title is multi-dimensional, referencing both the record’s drone aesthetic and a Norwegian island (Drøno). ‘Drono’ is also Malagasy for ‘wash’, aptly reflecting the transient nature of the album.

Drono is ‘washed out’ in its faded, droning quality, but it is also ‘washed’ clean: fertile and bountiful in its freshness. It draws the line between the lapping waves of an ocean and the tranquil stillness of a lake, a cascading water droplet and a motionless pond.

Derek Piotr (b. 1991, Lublin) is a Poland-born producer and composer based in New England, whose work focuses primarily on the voice. His music approaches the human voice with a curiosity that abstracts its literal connotations in the context of composition, often featuring heavily manipulated vocals and elements of glitch and musique concrète. He has composed both radio plays and pop songs, and collaborated with musicians such as Scanner, Blevin Blectum, and AGF. In 2010 he served as intern to Meredith Monk. His second record, Airing, was nominated by the jury of Prix Ars Electronica in 2012. His compositions and radio plays have featured on Resonance FM and BBC, and his solo records have been released under labels such as Monotype, Bit-Phalanx and LINE. He has lectured at universities such as NYU and UNC.