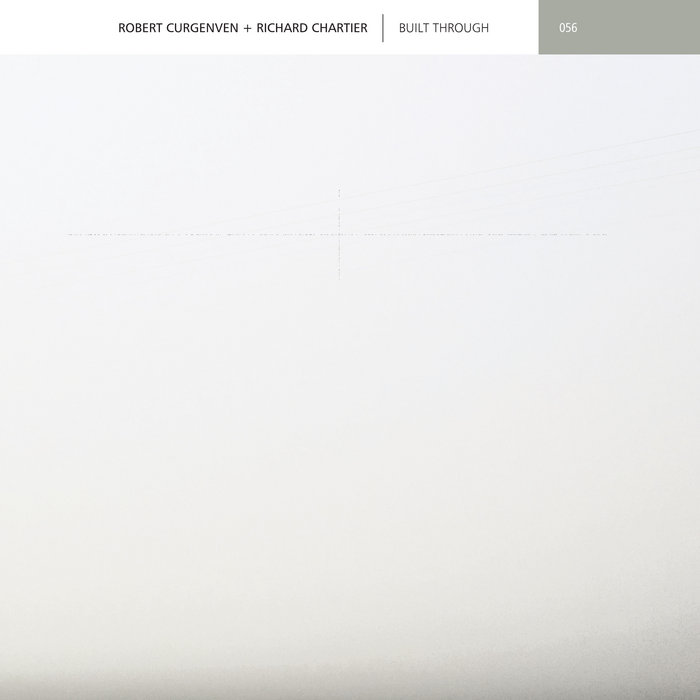 The acoustic architecture of Robert Curgenven and Richard Chartier forms a delineation of space built through dismantling the constitution of internal and external. Beyond dividing space, creating a façade or habitable zone, the perceptibility of the surface is turned back in on itself and with it a shift in the ideological and social context of the space. A seamless integration of digital and analogue, a suffusion which creates a mutual modulation, transforming purpose chosen materials—dense, undulating foundations through to stratified filaments and needle-point framework—defining the approach, the entry, the walk-through, the departure.

3: Originally composed by Chartier at Garage Festival in Stralsund, Germany 2004 and Paris, France 2005. Lost, found, and reworked using digital means and field recordings by Chartier in 2011. Processed through: guitar feedback recorded by Curgenven in Milan and London in 2010; turntables and linear series dubplates recorded London 2011; field recordings from Berlin, 2004-2007. Mixed in London and Cornwall, November 2010-July 2011.

4: Original composition “series 6” from 2000’s Series (LINE_001) by Chartier. Processed through a matrix of pieces for nine turntables, linear dubplates and ventilator, recorded in London, live in Manchester and Budapest, September-November 2010. Mixed at 4 The Field, Nancledra, Cornwall, March 2011.