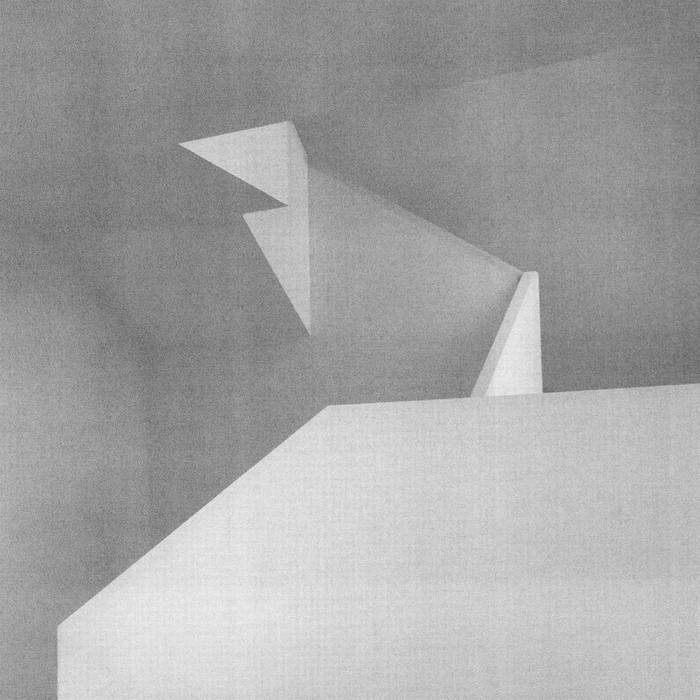 Sûr was initially conceived as a site-specific sound installation made by Joaquín Gutiérrez Hadid on August 16, 2018 at Casa Victoria Ocampo, one of the most iconic rationalist constructions of Buenos Aires. This album reworks that original exploration, taking as a starting point the spectral materiality of the voice and its relationship with the architectural space of the building, exposing a map of unrevealed cultural and historical tensions.

During the 1930s this modernist manor, owned by the writer Victoria Ocampo, served as the headquarters of Sur: a cosmopolitan and Europeanizing journal led by the argentine cultural and economic elite that, through a careful agenda of translations and exchanges, sought to “modernize” the local artistic scene. An aesthetic program aimed to establish not only a vector for exchange, but a privileged direction, from North to South, expressed unequivocally in the arrow that functioned as the magazine’s isotype: ↓.

As source material for the installation, Joaquín Gutiérrez Hadid used an audio fragment of Victoria Ocampo reciting in French, a verse from the poem “Mateo, XXV, 30” by Jorge Luis Borges: “un corps humain pour circulaire sur terre” [Spanish: “un cuerpo humano para andar por la tierra”; English: “a human body to walk on earth”]. Through sampling and processing techniques, Sûr unearths the material foundation hidden by every act of reading and translation. For, even though it’s true that we can think of the voice as a necessary carnal medium to the word—the vibration that makes it possible—it is also true that we must leave it in the background to make communication possible. Like any abstraction or game of equivalents, translation represses the remains of an untranslatable corporeality, in the same way that modern architecture reduces the ambivalence of the ways of inhabiting to an abstract equation between form and functionality.

Sûr is thus a forensic excavation piece that plunges its scalpel into a submerged acoustic body. By freezing, dilating and dissecting the granulated texture of the voice, it ceases to be the neutral conductor of an external meaning, unfolding its own unfathomable polysemy. Timbres, modulations, cadences and inflections connect us with different ways of speaking and feeling— ways of walking on earth. Liberated from its semantic features and reconnected with its qualities as a vibrational body, the word is rediscovered as a medium, a channel of invocation and necromancy. In its intrusive tapping through the empty rooms of the building that is modernity, it conjures a series of underlying resonances: the phantasmagoric return of silenced affects, an ancient native cemetery buried beneath the foundations.
— Ezequiel Fanego, Curator of Sûr (installation).

After the exhibition, I went again to Casa Victoria Ocampo and played back the installation sound work onto the piano located in the living room of the house. With this source material, the pieces composed at the studio were filtered by an impulse response of the “room” within the piano—a spatial setting that emulates its specific acoustical qualities.
—JGH

Thanks to Ezequiel Fanego for his trust, to Chris Gruenberg for his constant support, and to Constanza Castagnet for her influence. A special thanks to Richard Chartier and LINE.